To become a « big Switzerland » (see episode 2 : « the british secret plan »), the UK must keep its EU bank passport. Brexit episode 3 : hard Brexit or the great bluff from Theresa May to keep the EU bank passport … 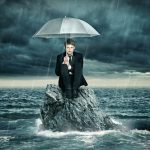 The UK , a lonely island, is halway between Europe and the US ? 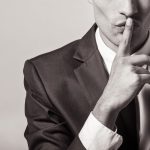 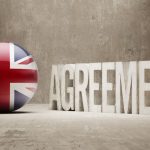 To become a « big Switzerland » (see episode 2 : « the british secret plan »), the UK must keep its EU bank passport

What is the EU bank passport ?

The bank passport comes from the MIFID (Markets in Financial Instruments Directive) in 2004 to provide harmonised regulation for financial services accross the 31 member states of the EU (28 + Iceland, Norway and Liechtenstein) as the USA did in 1975.

Banks and financial companies can be authorised by their supervisory authority to do business in one member state of the EU without having to be separatly authorised in each country.

The financial sector establishes in London, as the continent’s dominant financial center, to sell financial services accross the EU 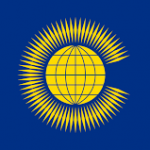 As the UK opened up a huge market (2 billion people) through the Commonwealth, the UK can deal with 500 million of europeans through the EU bank passport.

How can the UK keep the bank passport while the EU doesn’t want to ?

The UK knows Paris or Francfurt can’t be dominant financial places because both don’t satisfy all necessary requirements.

Requirements to be a world financial center

Hard Brexit : just a bluff from Theresa May

She starts with a tough negociation while she is prepared to make concessions in order to keep the bank passport.

The ultimate and main argument will be if London looses the bank passport, the whole EU looses because the dominant financial center will move to New York or Singapore.

My kingdom for a passport

Theresa May is a tough cookie. Don’t forget the English talent to negotiate. For instance, the UK set up the English frontier in Calais on the French territory ( Sangatte Protocol – Eurotunnel negotiation in 1991 ) !

This website uses cookies to improve your experience while you navigate through the website. Out of these, the cookies that are categorized as necessary are stored on your browser as they are essential for the working of basic functionalities of the website. We also use third-party cookies that help us analyze and understand how you use this website. These cookies will be stored in your browser only with your consent. You also have the option to opt-out of these cookies. But opting out of some of these cookies may affect your browsing experience.
Necessary Toujours activé
Necessary cookies are absolutely essential for the website to function properly. These cookies ensure basic functionalities and security features of the website, anonymously.
Functional
Functional cookies help to perform certain functionalities like sharing the content of the website on social media platforms, collect feedbacks, and other third-party features.
Performance
Performance cookies are used to understand and analyze the key performance indexes of the website which helps in delivering a better user experience for the visitors.
Analytics
Analytical cookies are used to understand how visitors interact with the website. These cookies help provide information on metrics the number of visitors, bounce rate, traffic source, etc.
Advertisement
Advertisement cookies are used to provide visitors with relevant ads and marketing campaigns. These cookies track visitors across websites and collect information to provide customized ads.
Others
Other uncategorized cookies are those that are being analyzed and have not been classified into a category as yet.
Enregistrer & appliquer