US election : an US economy to rebuild ?

The army, the credit, the communication : 2 out of 3 pillars of american domination are threatened. Rebuilding the US economic model will be at the heart of the debate for the next US presidential election on november 8 2016.

2 out of 3 pillars of American domination are threatened

US army has a significant impact on …

The US army boosts industry and innovation : internet, GPS are US army’s inventions.

Military bases located in 74 pays all over the world.

Ability to deploy soldiers anywhere anytime (49 international actions since 1900), which explains why $ is the strongest world currency.

But, over the last few years, wars have left troops and US government financially and mentally exhausted

Since Afghanistan and Iraq failures, US army has decided troop withdrawals policy.

The French use to save for years before consuming. The French savings rate is one of the highest in the world (15%).

The American use to rise consumption by credit. This way has a positive impact on the whole economy. But they need to feel confident about the future (ability to pay off).

but the subprime crisis broke out this confidence

12% of American people move every year (20% in the 50’s)* and 44% think they will improve their standard living in 2014 (lowest score in the General Social Survey history).

The US reigns over the communication throughout the world

Main firms are located in California 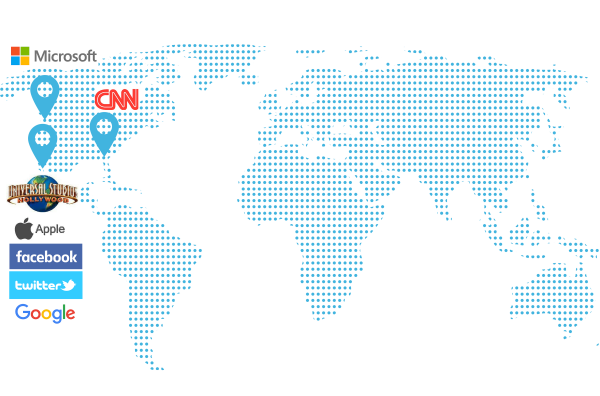 A pillar stronger than ever

The way to explain the world is mostly an american point of view (Internet, movies, TV …)

Example : between 2011 and 2014, US medias spread the Euro Zone was going to bankrupt. They tried to protect Dollar against Euro (potential threat to replace Dollar as the international currency). The Euro represented 0% of World trade in 1999 and 39% in 2010.

Everything is still possible

Shale gaz has divided by 4 energy prices and the US are the first oil producer in 2014 before Saudi Arabia and Russia. 2 main impacts :

US reindustrialization is an offshoot of natural gas boom :  2 millions new jobs in the US.
Source : rapport Price

Middle East is not a priority anymore

This agreement should guarantee a cheap and abundant energy supply for the US in exchange for military protection for Saudi Arabia.

The competition between Clinton and Trump

US economy future is the real challenge of the next american election on the november 8 2016.